Sammy The Tasmanian Devil of Cats

Meet Sammy. Sammy is the kitten I got (July 1, 2013). Sammy is almost 5 months old and I would wager that he is one of the highest jumping and honeriest cats God ever made! Everyday with Sammy is an adventure! When he was just a wee 3 month old Sammy learned how to get up on top of the upper kitchen cabinets. A 9 foot jump from the floor! Sammy has made it in one leap! But, mostly he jumps on the counter and then jumps up there. It’s a 5 -1/2 foot jump from there.  In the picture below you can just see him peeping at you. (excuse the mess remodeling).

Not only is Sammy quite a high jumper he also is in to everything and I have noticed lately that he is quite an accomplished little thief! He will sneak off with anything he can carry. For instance in the picture below you will see he has my zipper pouch of art pencils.

Just look at his look of innocence! I could swear he is saying uh I just found it Mom I was gonna bring it to you. Before I knew Sammy was so good at this I thought I was misplacing things. That is until I came upon his stash behind the recliner! Found two pairs of glasses, numerous pens and pencils, a chewed up styrofoam cup, a pack of gum, shredded kleenex and a pair of fingernail clippers! (That was just a couple days worth) Just yesterday the little Turkey took off with a plastic hanger I had just taken a shirt off of.

It’s a good thing Sammy has such a sweet and endearing side. I am always finding a favorite toy of his under my pillow, in my house shoes or on my night stand. Plus he is very affectionate when he is tired and not feisty and raring to go.  He loves to cuddle with me if he’s sleepy but at night I have to shut my door because he is such a cat burglar he keeps me awake.

Which brings me to one of Sammy’s favorite things to do! He loves to turn the lamp on and off in the living room which drives me crazy at night another reason I shut the bedroom door when he is in such a mood. My mom lives with me too and after I started closing my door on Sammy’s crazy nights he started terrorizing my mom! My mom has a 3-year-old dog named Missy who loves playing with Sammy! So Sammy likes to wait till my mom gets in bed then he runs and jumps on her and runs in a circle on the bed enticing Missy to play with him then all hell breaks loose with both of them running circles in the bed. So now my mom shuts her door every night too! 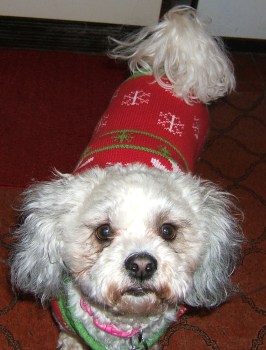 Oh I forgot to mention Sammy is also the most curious cat! He has to have his nose in everything and I mean everything! You cannot put water in a cup by he sink he will either drink it or knock it over. When you do the dishes (no dishwasher 😦 ) Sammy has to be standing in the dish drainer to watch you or in the dryer when you are taking clothes from it. He tried getting in the washer but I turned the water on so that broke him of that. I have read you should use a squirt bottle to keep a kitten or cat from doing something you don’t like. Well with Sammy he thinks it’s a game and will keep coming back for more and more.

All and all I would not have any other cat because he is so cute when he is sleeping!

Update 1/18/2016 Sammy is still hyperactive but, he has for the most part stopped thieving.  In november of 2014 we got Tassy. Tassy has really been a lifesaver as she plays with him thereby draining some of his non-stop energy. Sammy has evolved into my sweet companion and we have our language.

One thought on “Sammy The Tasmanian Devil of Cats!”